The formal opening of Zeitouna University on March 31st, 2012, has gone 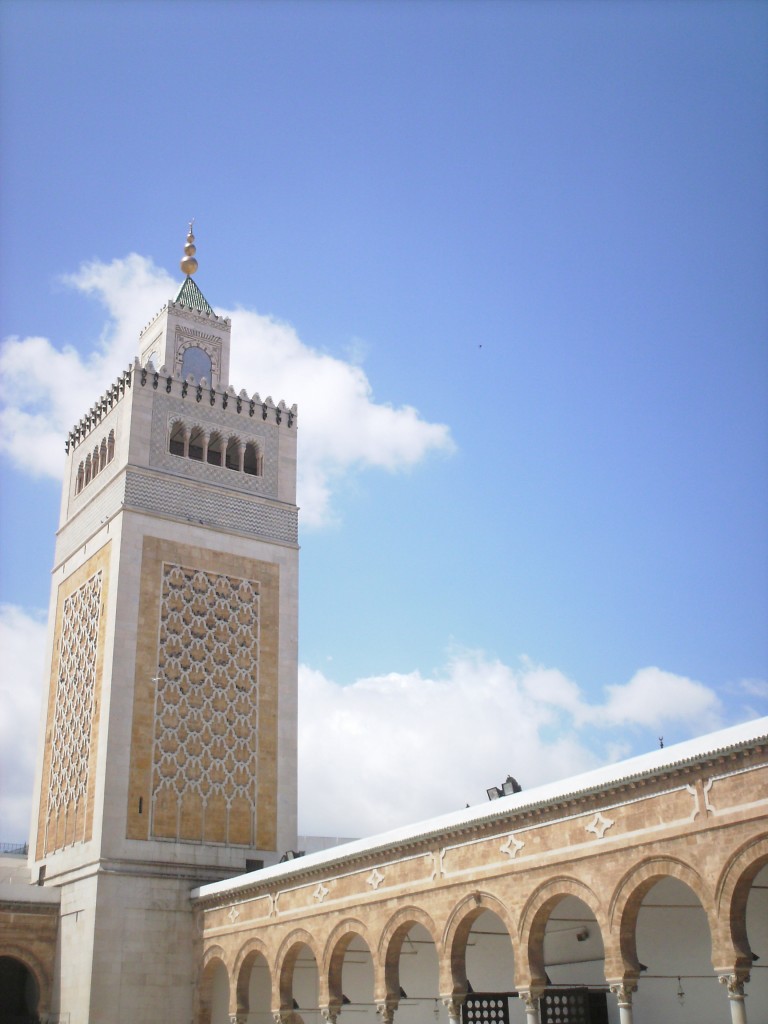 relatively unnoticed. However, we should perhaps pay more attention to the reopening of the Arab world’s oldest educational institution founded in 731. The University has contributed to the political and cultural landscape of Tunisian society having brought forth trade unionist Abdul Qasim Elchebi, feminist activists like Taher Haddad, and thinkers like Tha’labi.  The school has also played a crucial role in shaping North African Islam, attracting students from all over sub-Saharan Africa. Despite the severe suppression of the educational institution by former Tunisian Presidents Habib Bourguiba and Zine el-Abidine Ben Ali, in light of the current situation Zeitouna is set to play an important role in the intellectual life of Tunisia and possibly the entire Maghreb region.

Bourguiba’s ascendancy in 1956 as Tunisia’s first president began the process of breaking down the integrity of Zeitouna. French educated and pro-Western in outlook, he was determined that Tunisia catch up with the West. Bourghiba embarked on a similar direction as Ataturk did with Turkey. Anything that he perceived as hindering his vision had to be pushed aside. Zeitouna’s non-secular outlook was considered a threat to Bourguiba. Riding on the crest of his popularity, he took over the Habus Council responsible for the religious schools and charitable trusts and confiscated property set aside for the upkeep of religious institutions.  Although much fuss was made of this unprecedented act, his popularity prevented Zeitouna’s alumni to mount effective opposition.

Bourguiba then proceeded to dismantle the whole religious and legal structure that Tunisian society had been configured around for centuries. He did away with the religious courts and incorporated the Maliki and Hanafi schools of jurisprudence into a modern legal code. He also introduced the Personal Status Code equalizing the legal status of men and women. Although these acts in and of themselves did not shake the integrity of Islamic law, they subtly undermined the foundations that Zeitouna’s prestige rested on and its ability to produce capable jurisprudence. Moreover, the introduction of a bilingual educational system based on Arabic and French meant that it became increasingly difficult for Zeitouna graduates to go into their preferred career path of teaching. Zeitouna began to appear increasingly out of touch within a modernizing Tunisia that felt more comfortable speaking French than classical Arabic.

Other policies of Bourguiba challenged the authority of Zeitouna more directly.  Bourguiba’s attack on the veil as an ‘odious rag’ and the appointment of Zeitouna’s rector by his own choosing set the two on a collision course. Tensions boiled over when Bourguiba demanded a legal fatwa from the Mufti of Tunis, that working during the month of Ramadan constituted a Jihad and thus workers should be exempt from the fast. The Mufti refused to give such a legal ruling and consequently lost his job with riots ensuing in Kairouan. By then Zeitouna’s fate was already sealed, the university was incorporated into the newly founded University of Tunis in 1961. It was now the University’s faculty of theology. By the time of Ben Ali, Zeitouna had effectively been neutered, its famous collection of books – precious manuscripts on jurisprudence, logic, astronomy, science and mathematics – was relocated to either the living rooms of Ben Ali’s clan or in the national archives. No one is quite sure where they went.

But the absence of Zeitouna left a vacuum in the spiritual and intellectual life of many Tunisians. The fact that the state attacked religious practices in general meant that the vacuum was filled with a brand of Islam imported from Saudi Arabia – Salafism. This was hardly surprising. Tunisian youths could be thrown in prison for attending the dawn prayer, possessing facial hair, or not following the Maliki rite in prayer. Izzedine, a book seller in Rue Jami’a Zeitouna, recalled how the state banned any book connected to the Salafi movement. Books of Ibn Taymiyyah and Ibn Qayyum, 13th century scholars seen as the progenitors to the Salafi movement, were banned as were the works of Salafi scholars such as Albani, Uthaymeen, and Bin Baaz.  The very fact that they were banned increased their allure amongst the Tunisians relying on smuggled CDs, which propagated a version of Salafism that was watered down, out of context, and somewhat shallow. Tunisians instead of learning about Islam from an institution that had distilled learning over centuries of intellectual endeavor and research got their Islam from CDs played in secret. Some inevitably fell in with the more extremist aspects of Salafi thought.

The opening of Zeitouna should not be viewed with consternation but welcomed.  As Said Ferjani, of the Ennahda party points out, the event should be seen with relief since it can bring equilibrium to Tunisian society, serving as a productive conduit for dialogue. Despite the fact that Zeitouna’s resources are somewhat depleted, Ferjani is confident that the institution that has been closed for much longer periods of time in its history, will recover and contribute to the intellectual life of Tunisia and the region.  However, he is also under no illusions; the process of change will take time. Zeitouna’s example should be taken as a lesson that the very absence of religious educational institutions and state suppression of religious sentiments are the reasons behind the adoption by some Tunisians of a more radical interpretation of Islam.