Article appeared on Tunisia-live.net May 2012, reproduced with kind permission. 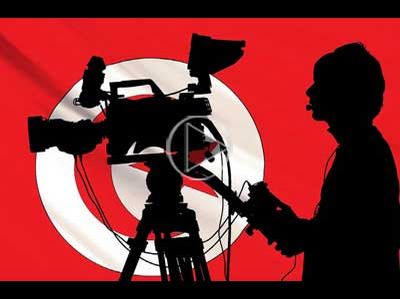 On the 3rd of May, the Union of Tunisian Journalists published a report on the reality of Press Freedom in Tunisia. The report coincided with both Nabil Karoui’s conviction for broadcasting Persepolis and World Press Freedom day. The Union of Tunisian Journalists accused the authorities of attacking its members and urged them to safeguard a cornerstone of Democracy: the freedom of press. Admittedly, I was somewhat surprised by the report; after all some of its members were card carrying Francophile sons of Ben Ali, who had not only flourished under him but even propped his regime up. Consider that Mr. Karoui’s Nessma TV had the tacit support of the previous regime because it countered the Pan-Islamist threat in the region. To find Tunisian journalists portraying themselves as victims seemed somewhat insincere. Whilst the report certainly has merit, it should also be an opportunity for the Tunisian media to reflect on whether it is contributing to democracy or actually impeding it.

In liberal theory, the Media is meant to be a conduit between civil society and political power; it is to act as an informer, watchdog and a representative of the people. It is meant to create a sentient citizenry able to make informed choices about the political process. Unfortunately this is a dream in most liberal democracies. According to Simeon Djankov’s survey of Media ownership, in 97 countries the media remain the preserve of the wealthy elite who use it to further their own agendas. Moreover, the media landscape is controlled by powerful conglomerates who dominate the market making it difficult to set up newspapers or magazines because of the colossal amounts of capital required. Even internet publications have to contend with the economic clout of Viacom: the owners of Paramount, Disney: the owners of ABC or Timewarner: the owners of AOL. In such an environment can relatively tiny publications really compete? Can their voices really be heard? Enough research exists to show how these conglomerates exert undue influence on their news corporations. For instance, Italy’s ex-PM Silvio Berlusconi used his Mediaset Empire to destroy his wife’s claim that he consorted with minors and depicted her as an ungrateful jade saved from the gutter by his benevolence.

Even the news we consume needs careful scrutiny. Articles are constrained by commercial, space and time considerations which mean that ideas and issues fall prey to the sound bite. Advertisements, short attention spans and the media’s need to raise profit margins result in a preference for ‘soft’ human interest stories like Sami Khedira and his nude girlfriend, instead of hard hitting journalism that ask deeper more probing questions. Moreover there is a lack of choice in the news that we read because news outlets rely on the same news wire services such as UPI, AP and Reuters. The likes of Daya Kishan Thussu, has shown that over 225 news outlets rely on either one of these organisations. Not only do these wealthy corporations have a monopoly on information but they also have a dubious relationship with power; Reuters for instance, has a historical link with the British government having served as its imperial communications agency. The question Tunisian media has to ask itself is: how does one present a truly independent, objective picture of events?

As if this wasn’t hard enough, there is also the issue of framing: how should editors present their stories? Editors and journalists have often been accused of using emotive words and framing their narratives in such a manner as to cover up what the real issues are. Research by Thussu on how the media manipulates terrorism, Edward Said on how Islam is covered by the Media and Jack Shahin’s research on how Hollywood vilifies Arabs is enough proof that the media is guilty of that. In fact, notice how the recent release of Sacha Baron Cohen’s film, The Dictator, has been depicted in the press. Instead of condemning it as a deeply racist portrayal of Arabs it has been celebrated as a satire on dictatorships. No one has yet to mention the fact that some of these caricatures play on the same disgusting stereotypes that the Nazis used on Jews before the Holocaust. One wonders if the Media would have celebrated the film had it been about a Jewish or a Black person.

The issues that Tunisian journalists are dealing with are not just about the encroachment of authorities but also about themselves; they are part of the problem. And they should not fall into the trap of blaming the powers that be and ignore their own responsibilities; they have a certain complicity in impeding the democratic process. The media or the fourth estate has not been the Agora or forum where the democratic process occurs. Consider this proposition: when Nasreddine Ben Saida republished the picture of Sami Khedira and his nude girlfriend did he contribute to the democratic discourse? Did he assist in creating a sentient citizenry? Or was it simply to spark controversy, to increase profit margins and help to objectify Tunisian women? How did that piece contribute to anything? Shouldn’t we also be worried that Silvio Berlusconi’s Mediaset Empire owns 25% of Nessma TV, what sort of influence does that have on its content and how does it help contribute to the idea of a conscious citizenry? Is Ben Saida or Nabil Karoui really martyrs of free speech or should we be weary of these figures? Isn’t it time to take some responsibility instead of hiding behind the cloak of press freedom? Tunisian media has the lofty responsibility of setting an example for other MENA countries still struggling with press freedoms and has a unique opportunity to set a revolutionary ideal for the rest.