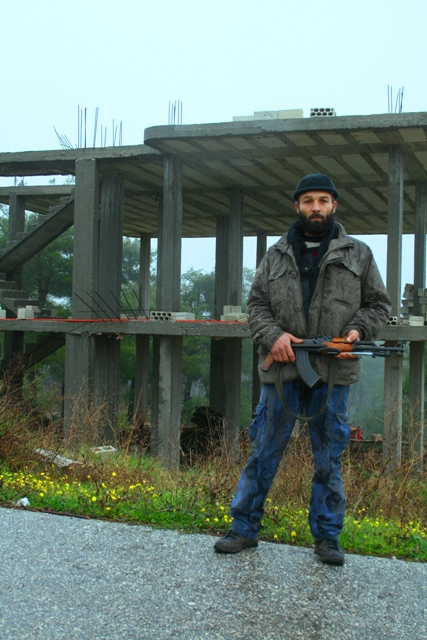 In the past two years, Western media coverage has focused on the growing popularity of Salafist jihadi groups like the Nusra Front (Jabhat Al-Nusra) in Syria. These groups have become both an argument to intervene militarily, as well as a reason to stay out. While this fear has some basis-especially as Al-Qaeda has purportedly announced links with the Nusra Front-it is also colored by post-9/11 counter-insurgency narratives. This has prevented policy makers from situating groups like Jabhat Al-Nusra, a secretive and politically inexperienced organization with little influence in a country with a historically active civil society, intellectual heritage and strong religious institutions.

For now, it appears that Salafist jihadis are set to dominate post-Assad Syria. Yet appearances are deceptive: these groups are operating in a political vacuum and buoyed by the passions of war. Their success is owed partly to alternative political visions, such as socialism and nationalism, being misused by the Syrian Ba’athist regime and the failure of Western promises. In such a chaotic environment, and with the opposition still in disarray, it is natural for Syrian Muslims to turn to their Islamic faith for spiritual succor.

Like the other Abrahamic religions, Islam has developed a martial component, jihad, to deal with the harsh realities of war. This component is activated when war occurs, and switches off when peace returns. The idea of Jihad gives many Syrian Muslims faith, direction and strength in a war where right and wrong is blurred and death ubiquitous.

For the observer with a superficial grasp of Islam, it is easy to equate Syrians resorting to the martial component of their faith with support for groups like the Nusra Front. As Elizabeth O’Bagy says in Jihad in Syria, “Growing popularity is not reflective of popular support for their radical ideology.”

In fact, in Syria’s Salafi Insurgents, Aron Lund says most low level Salafist jihadists are really just religiously conservative Sunnis, many of whom turned religious during the war and “care very little about the theoretical strands of Islamism.” One suspects that there are many who join these groups not because they subscribe to their ideology but because of their fighting ability.

The failure to make this distinction has led many to conclude that the Nusra Front and similar groups will play a disproportionate role in post-Assad Syria, especially seeing that other theoretical strands of Islamism are on the wane. After all, the Syrian Brotherhood’s vision-which is more liberal, according to Ashes of Hama author Raphaёl Lefèvre-seems to have erratic support, and is perhaps geared to the political fracas to come rather than the current situation.

Furthermore, Sufism has been co-opted by the regime, as Dr. Thomas Pierret shows inReligion and State in Syria. Many of the brigades I interviewed cited the Assad regime’s turn to Sufism as one of the main reasons for turning to Salafism in the first place: Abu Jihad, one of the commanders of Zahir Baybar’s brigade, told me that “Sheikh Ramadan Buti and Ahmed Hassoun [both Sufis] failed to condemn the regime when the regime oppressed us.”

Yet Syrians are not passive receptacles. The FSA’s Islamist Brigades have already rejected Al-Qaeda ideology, indicating that Syrians are engaging with their country’s political destiny. In addition, Salafist jihadi groups like Jabhat Al-Nusra demand too much from their adherents. Many Salafist jihadi brigades demand total obedience from their members-which means renouncing things like smoking, because it is considered sinful and an impediment to victory. Many fighters I talked to said that the smoking ban was one of the reasons they did not join these brigades.

If strictness prevents Syrians from joining these brigades in war, how will they embrace them in peace time? In fact, if the Bosnian experience is anything to go by, Salafist jihadis become a political embarrassment in peacetime. It is no wonder that Salafi umbrella organizations like the Syrian Islamic Front appear more moderate than expected. As Lund suggests, the Syrian Islamic Front, aims for an Islamic state, but still disregards the fatwas of Ibn Taymiyyah declaring the Alawites apostates. Instead, the Syrian Islamic Front, considers minorities like the Alawites and Druze as people of distinct religions who can thus have a place in post-Assad Syria. The implication is that if the front is adjusting to the Syrian milieu, other groups who cannot compromise are likely to be marginalized.

Salafist jihadis will also have to contend with Syria’s tradition of civil activism, its rich intellectual heritage and the established religious institutions (which rival Egypt). Even the Salafi religious scholars I spoke to were tempering the religious zeal of the fighters through study. In such an environment, it seems difficult to envisage politically inexperienced Salafist jihadis dominating Syria’s political landscape after Assad.

The key to diffusing the jihadis is to stabilize the situation quickly. Reviving Syria’s political and economic life and investing in Syria’s indigenous religious institutions will ensure the return of civil society. In such a situation, Salafist jihadis will have to either enter politics, remain quiet, or take up arms. If they choose the first option, they will have to offer compelling ideas and learn compromise. They will be marginalized if they choose the latter two. Already, there are indications that organization like the Syrian Islamic Front are in the process of presenting their ‘third way,’ implying that they are open to dialogue. Western policymakers must stop viewing the Syrian crisis through the prism of counter-terrorism and realize that Salafist jihadis flourish when they are repressed and in wartime-not when civil society is alive.