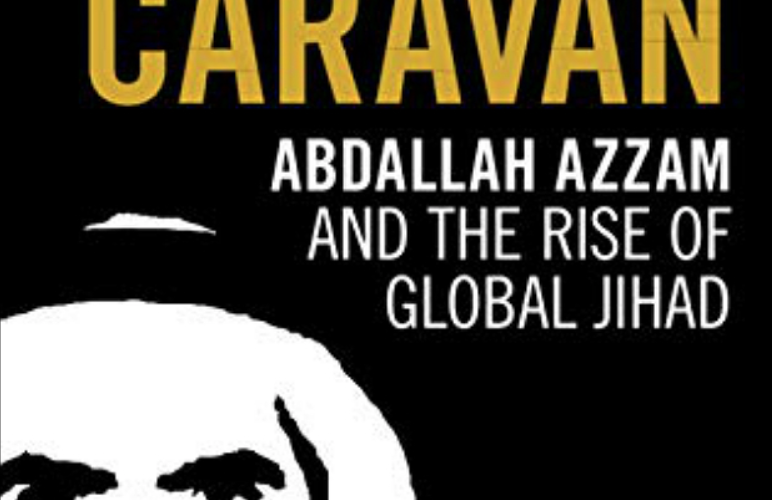 The Caravan: Abdallah Azzam and the Rise of Global Jihad by Thomas Hegghammer is a biography on Abdallah Azzam and no doubt going to be the standard work on the Palestinian scholar who is seen as the founding father of global jihad.

But Azzam’s legacy is also a contested one and Hegghammer assesses the Palestinian’s life with cold objectivity incorporating field research and source material in both Arabic and English primary and secondary sources. It is accessible and of immense value to the specialist and informed reader alike.

Hegghammer charts the life of Azzam from his early days as a Palestinian expelled from his land during the Six-Day war, and thereby identifying the great theme in the scholar’s life: liberating Jerusalem from Israeli occupation.

He then charts his life in Jordan, his prodigious educational career where he completed his six-hundred-page doctoral thesis within 16 months at al-Azhar.

He shows Azzam to be a charismatic teacher more concerned with protecting “Islamic culture from foreign influence than for modern society to advance materially and technologically.”

Perhaps the most interesting chapters are the ones that discusses his ideology and legacy finding time to drop in curious tit-bits of information which shows the reader just how complex the period actually was as life indeed is.

He shows Azzam to be a charismatic teacher more concerned with protecting ‘Islamic culture from foreign influence than for modern society to advance materially and technologically’
Just like we forget that the Spanish Christian knight El-Cid fought on both sides of the Muslim Christian divide in medieval Reconquista Spain, so too does he show, that Bin Laden’s famous Lion’s den was built under the auspices of Abd al-Sami’, a Shia military commander. It was this fortress that delivered spec ops training which Azzam couldn’t deliver and lent itself to formalisation giving birth to al-Qaeda. Hegghammer ends the life of Azzam by discussing his assassination eliminating some theories such as Israeli, Jordanian, and Saudi involvement and presents the most likely culprits namely KHAD, the Afghan security services, and the Pakistani intelligence services, ISI. The latter doing a shoddy job in investigating Azzam’s death.

Most importantly though is the discussion of his legacy, and this deserves expansion. Hegghammer notes that every Islamist militant seem to claim him for their own. His legacy can be summed up in the four horsemen of Azzam.

The first view: Azzam did not condemn Takfir, (accusing someone of leaving the faith) and terrorism, had he lived he would have approved of the Islamic State group (IS) or the GIA and its methods.

Third, that he was an archetypal foreign fighter who travels from one Muslim arena of jihad to another, from Bosnia to Iraq to Chechnya – the sort epitomised by the Jordanian-Chechen, Emir Khattab.

Fourth view that Azzam’s jihad was localised and specific almost anti-colonial, Hamas would have been the most aligned to his view – this is the view that his son Huthayfa Azzam believes him to have. Whilst counterfactuals aren’t always helpful, in this case it serves to highlight his ambiguous and contested legacy.

The fact that IS and indeed al-Qaeda both claim him as their father, of course, irks his family no end, Abdullah Anas, Azzam’s son-in-law and one of the directors of Arab Services Bureau, has been vocal in condemning this understanding in To the Mountain: My Life in Jihad from Algeria to Afghanistan (Hurst), the account is a corrective to some of these misunderstandings.

When Azzam proposed that jihad was ‘Fard Ayn’ – an individual duty, he opened up, as Hegghammer puts it a “Pandora’s box”. For though, arguably and if we are generous to him, he may have intended it for the Afghan jihad, the unintended consequences of history meant that it became quite a different animal.

Whilst many like Mufti Taqi Usmani protested and said it was not an individual duty but a collective one, it resulted in the flood gates being opened.

Azzam’s fatwa created a space where once the martial tendencies of youth were funnelled through the nation state, it was now funnelled in an altogether different place. Had it been in the premodern world, they could find expression of these tendencies in Ribat, the frontier fortress, in the cross-border raid, Razzia, and so forth, and what was more, there was sanction for it in Islamic tradition. But in the age of the nation state, this tendency was potentially destabilising.

The implication of this individual duty was that it did away with religious and state authority. Now, you did not need the permission of your parents nor religious authority whatsoever to fight jihad.
Many a fighter both now and then, disobeyed their parents and their scholars to meet their fates in Afghanistan, Somalia and Syria. Once you do away with this concept of authority, and indeed this is something that the Islamic tradition is rooted in, it is destabilising.

Now, authority rested on the very fact that you have done ‘jihad’, you became a sheikh on account of it. In truth, were Zawahiri, Bin Laden and others really, religious scholars? What gave them the authority to issue edicts and fatwas if you will, if not the fact that they were jihadis? Being a jihadi became an authority in itself?

This also happened in the UK, as Hegghammer notes, with Babar Ahmed’s Azzam website popularising the scholar and his ideas. He notes that Ahmed, a veteran of Bosnia, didn’t like the term “jihadi” because it created “an equivalence between the heroes of Afghanistan and Bosnia on one hand and the IS people who kill, torture, and rape in the name of jihad on the other.”

And yet as Talha Ahsan, a former member of Ahmed’s Tooting circle revealed, some members of Ahmed’s circle were involved in fraud; they believed like IS do, that such acts of criminality were religiously sanctioned because they lived in Dar al-Harb, a country at war with Muslims and the illicit gains would be considered war booty, Ghanima. Once you do away with this concept of authority, and indeed this is something that the Islamic tradition is rooted in, it is destabilising. These same people were also organising events with Anwar al-Awlaki, an al-Qaeda ideologue. Shahid Butt, a Bosnia veteran and Jihadist, also said that he introduced Khalil al-Deek, a Jordanian American, to his friends in Birmingham and that al-Deek went on to translate what became known as al-Qaeda’s encyclopaedia.

Now, if we fast forward to Usman Khan the London Bridge attacker, what is he but an extension of that? Not only do we see his IS affiliations but also older influences, such as that of Awlaki and others.
The latter is a perfect example of what happens when the framework of religious authority is removed and everything bleeds into each other, with one idea becoming indistinguishable from the other.

Ahmed might find it hard to accept, but some responsibility must be borne by his generation for cultivating this milieu however, unintentional. This is why Azzam’s legacy is so ambiguous. Hegghammer is surely right when he leaves the future of the jihad vague saying only that the caravan moves on.

This book review was first published in the New Arab here