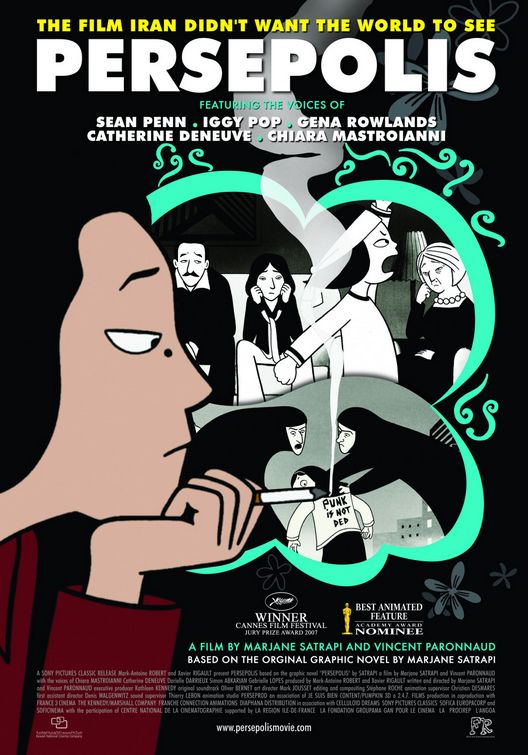 Article appeared on Tunisia-live.net on 1 May 2012. Reproduced with kind permission.

On the 10th of April, 2012, one day after Martyr’s Day, I heard a profusion of voices discussing the current affairs in Tunisia. Avenue Habib Bourguiba  was full of citizens, rich and poor, openly discussing their ideas.

I reflected that this must have been how it was in the early days of the Russian and French Revolutions following the demise of Autocracy. In spite of this fearlessness in the expression of ideas, the consternation caused by the Persepolis affair and the visit of Yusuf el-Qaradawi is surprising, irrespective of whose side one is on, these events help shape the remit of a democratic state and therefore a necessary component.

Other democracies have gone through similar cases; from the Dreyfuss affair in France, to Nelson Mandela in South Africa, and of course the current Babar Ahmed case in the UK, all of these help in reinforcing the democratic process. The Persepolis case helps to define the remit of the Media whilst the visit of El-Qaradawi helps clarify issues of freedom of speech and the limits of religion.

The two cases assist not only in establishing a healthy democratic state but prevent the forces of counter-revolution from gaining strength. However whilst Tunisians should rightly worry about counter-revolution, they should not worry about new ideas. For ideas are something that Tunisian society is well equipped to deal with. History has shown that Tunisians have forged their own path in a sea of competing ideologies. For example, Tunisians were at the forefront of wrestling with the position of women in the Arab world, and despite the varied responses they dealt with the question in a robust and original manner.

During the 19th century the role of women in Tunisia produced a multitude of responses. From A Treatise on Women, an apologetic reply by the private secretary to Ahmed Bey, Ibn Abi’l Diyaf (1803-1874) to Leon Rochés the French consul general, to that of Mohammed al-Sanusi (d.1900) or Muhammad Bayram V (d.1889) who was extremely reluctant to see Tunisian women playing an active role in political life.

Irrespective of their different opinions, Tunisians appropriated French enlightenment thought as well as Muhammad Abduh’s ideas to take their own stance. This blending of perspectives led to the emergence of a Zeitouna graduate who completely changed the discourse on the position of women in Tunisian society. Tahir Haddad’s ground breaking treatise on Muslim women in Law and society was initially received with hostility and divided public opinion. However, it stimulated further debate and resulted in the birth of the Personal Status Code introduced by Bourguiba who was much impressed by Haddad’s ideas. Not only is the Code one of the corner stones of women’s rights in Tunisia, but organizations like the Union of Musulmanes de femes de Tunisia contributed significantly to the independence movement. Thus, whilst there is still a long way to go, Tunisian women are one of the most literate and most politically active in the MENA region.
However, we must remember that the women’s rights issues are not just an isolated example. Tunisians have always developed their own ideas in terms of their educational system, fusing French and Islamic curriculum in the establishment of the Khalduniya College, in performance art where they developed the Ma’luf musical tradition, in fine art where they created their own school of painting. Engaging with ideas then, is a Tunisian strength.

This independence of thought has lead Tunisians not to accept things purely on face value. When Bourguiba tried to argue that the obligatory Ramadan fast could be avoided on the pretext that working was a form of Jihad, it was rejected irrespective of his elevated position. This was testimony to Tunisian intellectual confidence. Thus if Persepolis shows God depicted on national TV, it is a perfect opportunity to discuss the remit of the Media. Perhaps even ask deeper questions such as how disgraced ex-PM Silvio Berlusconi’s Media Set empire got a footing in Tunisia in the first place? What about satellites? How many times have we seen the depiction of God being shown on Middle Eastern satellite TV? From films like Dogma, Bruce Almighty and many more why is Persepolis any different? Similarly, El-Qaradawi’s views are regularly aired on al-Jazeera, his ideas are influential in the Arab world and must be engaged with and challenged in order for citizens to make an informed decision. Persepolis and El-Qardawi then, are absolutely essential for the democratic process and proliferation of personal freedom. Tunisians shouldn’t be afraid or worried but rather engaged in the discourse.

Tam Hussein is an award winning journalist and features writer. He speaks five languages and holds an MA in Near and Middle Eastern Studies from the School of Oriental and African Studies at the University of London. His blog can be found at http://www.tamhussein.co.uk/  Follow him on twitter: @tamhussein