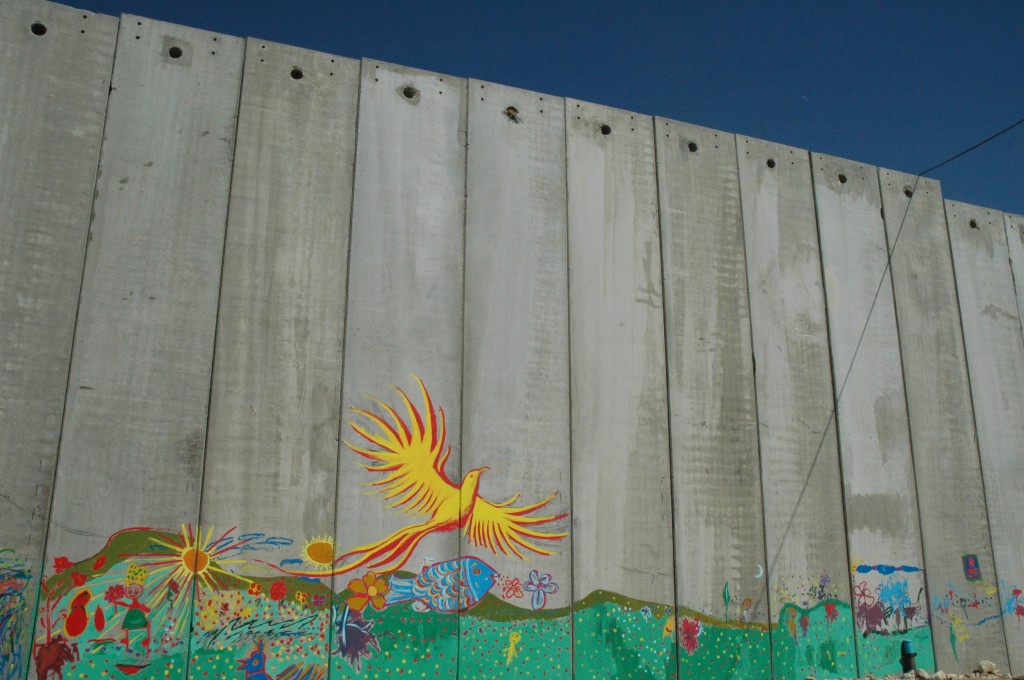 For Palestinians, 15th May 1948, the day when Israel declared its independence is known as yaum al-Nakba or the day of the catastrophe. Whilst the white and blue flag emblazoned with the Star of David flies in Jerusalem, Hebron, Haifa, and many other cities, Palestinians remember their displacement and suffering caused by their vanquishers. This day of catastrophe, so reminiscent of the exodus and terror caused by the Crusading armies, provoked, as all catastrophes do, some of the deepest emotions amongst Palestinians. And so, like al-Harawi, the judge of Damascus who uttered poetic verse in exasperation at the Caliph’s unresponsiveness to the arrival of the Crusaders, so too have modern Palestinians reached for the pen to vent their frustration at a world that has forgotten them.

Amongst these, Mahmoud Darwish is probably the most prominent Palestinian poet. But there are others, like Naji al-‘Ali and Ghassan Kanafani, who have left a lasting imprint on the Palestinian and indeed the Arab cultural landscape. Naji al-‘Ali, a Palestinian cartoonist, was exiled at the age of 10 from his bulldozed village of al-Shajara to the ‘Ain al-Helwe refugee camp in Lebanon in 1948. Like many young Palestinians, Naji often found himself behind bars because of his political agitation. Inside the cell he would bring out his lead pencil and etch his frustration on its walls. But it was a chance encounter with the Palestinian activist and journalist Ghassan Kanafani, and the subsequent encouragement he received, that gave him the breakthrough that he needed. And soon enough his cartoons began appearing in newspapers all over the Middle East. His most iconic character, Handala, a ten-year-old refugee, seemed to touch a chord with the Palestinian cause. This boy, barefoot and ragged, refused to grow up, refused to compromise and spoke the truth at all times whatever the cost. Naji remained a witness to the political spinelessness of Arab leaders, and to the massacres and human rights violations of Sabra and Shatila in 1982. Nothing escaped his accusing gaze. In 1987, working for a Kuwaiti newspaper in London, he was shot in the face by a Mossad agent. But it seems that his ten-year old alter ego, Handala, outlived him and took on a life of his own. Handala remains one of the symbols of Palestinian grief and suffering.

It is not only through cartoons that the tragedy of the Palestinians is played out. Kanafani’s short stories, novels and articles which have been translated into several languages and made into feature length films too is worth mentioning. Born in 1938 in Acre he too was forced to flee to Lebanon and then to Syria. Kanafani’s stories are deceptively simple, his Return to Haifa (1969), tells the story of a family who in the commotion of escaping the Israeli invasion lose their boy Khaldun. Years later, the ghost of Khaldun still haunt them and they return to the house where they lived and discover that Miriam, an Israeli, had found the boy and raised Khaldun as her own, and Khaldun or Dov as he has become known, is faced with a stark choice. Despite the weakness of the parents, Kanafani makes it clear that “the greatest crime anybody can commit is to think that the weakness and the mistakes of others give them the right to exist at their expense.” So powerful were the works of Kanafani that Israeli authorities would often ban their performance. In 1977, for example, the authorities prohibited the performance of Men in the Sun (1963) in Nazareth. The story is about Abu Qais, Asad and Marwan who having made their way through the perilous desert to Basra searching for a smuggler to take them (illegally) to Kuwait—the promised land. When the smuggler charges an exorbitant price, they find Abu Khaizaran who promises to take them over in his water tanker for a fee. The journey in the hot desert sun goes smoothly and is interspersed with the story of each character. However, complications arise on the Kuwaiti border and the tanker standing in the hot midday sun becomes a furnace and the passengers inside die. Abu Khaizaran is impotent, gets across the border, and leaves their dead bodies in a municipal dump, only to return later and rob them of their valuables. The message of Kanafani is severe: these men were killed by an unknown quantity, the sun. Their legal status is in flux, they have no past, no present only the future holds promise. They are so humiliated that they do not even protest at their own extinction, and what is more, they are given an ignominious burial, being robbed of their worldly possessions. Kanafani was killed in an explosion in 1972, allegedly by Mossad agents. Thus, it is in the works of Darwish, al-‘Ali, Kanafani that al-Harawi’s ancient lament rings true: “Your brothers… have no home other than the saddles of their camels or in the entrails of vultures.” In Palestine then, even art has a price.