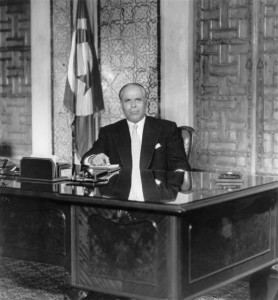 Op-ed was published in Tunisia-live.net July 2012. Reproduced with kind permission.

Tunisian education is undergoing rehabilitation. Whilst much progress has been made in terms of developing pedagogical theories and increasing student engagement, the threat of strike by the Union of Teachers for June suggests that much still needs doing.  “Education,” as Mr. Hamadi Jebali points out, “suffers from multiple defects that need to be radically treated with disregard to any ideological or political calculations.”

Whilst Mr. Jebali has a point, he must also realize that in Tunisia, as in many developing nations, education is ideological and requires some sort of calculated redress.  After all, when Bourguiba fashioned the Tunisian educational system, he skewed it towards a secular French model. Whilst this was welcomed by some, other Tunisians found that vision problematic.

This is something that I discovered whilst visiting Kairouan, where I stumbled in on several Islamic supplementary schools in the heart of the medina. I discovered that Tunisians were trying to enroll their children in community schools because they felt that the education system was not inclusive enough. In their view , it provided a narrow vision catered to a specific class of Tunisian society. They echoed the alienation that Rached Ghannouchi felt during the Bourguiba era. They, like him, were “strangers in their own country – educated as Muslims and Arabs – whilst the country was molded in the French cultural identity.

Whilst Mr. Ghannouchi had the luxury of going to Egypt, these parents, some of whom served as teachers, had shown remarkable initiative by setting up community schools that taught aspects of the secular and religious curricula. However, whilst sincere in intention, one could not help but notice that some were unqualified and politically disaffected. This, as recent violence has shown, can have disastrous consequences on young impressionable minds. Teachers are “writers” of men and women and can “author” anything from sentient ethical individuals to secessionist rebels who view the world in black and white.

But while just as worrying as disaffected Tunisians seeking nirvana in an Arab Islamic past, one must also concede that the same can be said of Tunisians who seek this idealism in the French colonial past. And the battleground for this conflict is the Bourguiban educational system – it is well documented that his curricula was designed to indoctrinate young impressionable minds with French cultural values and to exclude a large segment of Tunisian society.

In order to make education fully inclusive, the ideological imbalance of the educational system must be redressed. In this regard, education is a very ideological matter.

The question is: How should one go about doing this?  Firstly, there has to be a shift in the paradigm – an acceptance that French and Islamic traditions are part of the Tunisian cultural fabric. One can neither go back in time and reverse what has passed, nor can one expunge any of it through violence or social engineering.  Ask Maximilien Robespierre what happened when he tried to do the same thing. Tunisians must not only trust each other and appreciate each others’ respective traditions, but also reconcile themselves to the French legacy and give validity to the religious sentiments of those parents in Kairouan.

However, introducing religious models in education need not cause alarm.  Sebastian Günter, author of Medieval Muslim Thinkers on Education, points out that there is much that Islamic educational theories have in common with western secular models and that understanding and engaging with these ideas will not only help with cohesion, but will also build a stronger society.

Günter shows that there are commonalities that Islamic and Western education share at every level. For instance, Ibn Sahnun, a 9th century scholar from Kairouan, recommended that teachers engage students through individual and group study.  At the secondary level, the great litterateur, Al-Jahiz (d. 869), advised parents to consider the mental capability of their children instead of focusing on results. He counseled that teaching should focus on deductive reasoning and on comprehension, and he advised that the curriculum consist of scripture, grammar, prosody, logical argumentation, sport, and extracurricular activities like chess.

The likes of Ibn Sina, ahead of his time, advocated that the mental health of a child was absolutely crucial for educational progress. The teacher’s role was to assist the child in composing his emotions, for fear, anger, and despondency were impediments to learning. Al-Ghazzali, the great medieval polymath and mystic, urged the teacher to constantly develop at a spiritual as well as an intellectual level, sensing the deep spiritual malaise of the profession. He urged teachers to differentiate their lessons and to engage with students according to their abilities, helping them to eliminate vices in their students.  Above all, the teacher had to be a model of virtue who wrote men and women, not just words on the board.

All of these ideas are found in the modern educational system and should serve to allay fears that Tunisia will produce a bipolar educational system, in which the secular and the religious are in conflict.  A slight tweaking or downplaying of its Eurocentric bias in the current educational system could get disaffected Tunisians on board, and it could encourage them to contribute positively to building a fair and just society.