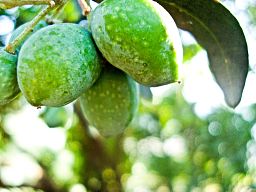 In her words, Palestinian artist and academic Samia Halaby has the defiance of the Palestinian writers Ghassan Kanafani and Mahmud Darwish and the activism of 1970s New York. She is in London for her work, and yet she does not feel beholden to any critic. Years of jousting with cut-throat New York art critics has taught her not to care for the gatekeepers of culture—you either like her work or you don’t.

Critics might accuse the majority of the Palestinian diaspora’s work as being political, and by implication less worthy of praise. But Halaby embraces the label. “Semantics!” she says to The Majalla, “Don’t be fooled: everything we do is political. Staying silent is political . . . Yes, my art is political.” In fact, Samia Halaby is the walking embodiment of political. She is the Palestinian experience in the flesh—an exile, an activist, a rebel—and she is not going to compromise now.

Samia Halaby was born in 1936 in mandated Jerusalem to an established Arab Christian. Her father was a self-made man who established an importing business, subsequently moving the family to Jaffa. Her memories of this period are idyllic: attending British colonial school, green hedges, a busy port city, and fresh fish being brought in from the blue ocean. She also remembers being huddled up in her home as men dashed in with buckets of water and blood trickling down the floor. She remembers the tanks entering Jaffa, oppressive British rule, and Eastern European Jews coming to the Holy Land. She talks of how Arabs in pre-mandate Jerusalem saw themselves as Syrian Arabs, and felt a close affinity to Damascus and Baghdad. Despite having a US passport, Halaby sees herself as a Palestinian Arab belonging to a greater Arab world. Though pan-Arab in many ways, she does not relate herself to the pan-Arabism of Nasser, but rather one which recognizes the cultural milieu of her forefathers. She recognizes that despite her loss of faith, she grew up Christian in a mostly Muslim environment, and appreciates all aspects of those faiths—yet her art is her own.

By 1948, Halaby was an exile in Beirut. It was, she recalls, one of the most beautiful cities in the world, and so she stayed there for three years. Her father then applied to leave Beirut, and the family moved to the US—first to Cincinnati, then Indiana, where, Halaby says, “Father told us to forget everything and look to the future. For us it was easy—we had school, father had work—but it was the hardest for my mother.”

In the Midwest, she was treated as an exotic creature. She remembers newspapers interviewing her family during Christmas because they were from Jerusalem. Halaby always felt like an alien and could identify more with classmates who were also considered outsiders—whether they were African-American, German or Chinese. However, she says, “I never experienced racism in the Midwest the way I did on the East Coast.” Although she excelled academically and taught in various university departments in the region, at Yale she felt pushed out because of her outspoken views and her cultural background.

Similarly, her art, though appreciated, was not taken up by the mainstream art scene, which seemed reluctant to provide a platform for an alternative voice. In fact, her view on race on the East Coast of America is a damning critique of a region that is seen as very cosmopolitan.

“Arabs, if they are talented, will be paid lots of money but kept away from view; however, if they are prominent they will not be allowed to shine. It’s all tokenism. Black people are treated the same. They raise one or two to prominence and celebrate them, paying scant attention to the rest, as if to say that the rest are simply not good enough,” she says, adding that she resents this monopolization and the policing of culture.

Yet, in this new age, there are opportunities to circumvent these restrictions. Perhaps one of the reasons Halaby has studied a number of art forms from various cultures and traditions was to shift the paradigm. She rejects critical principles and theories, which she believes are remnants of the nineteenth century, and embraces all art in order to push the boundaries. She has even taught herself digital art, programing and sound in order to present different experiences of reality. To her, abstract art is a reflection of reality. Yet, this abstract art should not be confused with the post-modernism that has become “decadent and devoid of meaning,” she says critically.

As much as Halaby dabbles in the new, she never forgets the old. After all, it is the mature olive tree that produces the best fruit. Samia Halaby, this feisty activist forged in the streets of New York in the 1970s, has recently gone back to Palestine to paint olive trees. She feels that these elegant plants represent the Palestinian cause, whether that is the twelve-year-old child shot by a stray bullet, the tree cut down at the roots by the occupation, or the tree moved to another location to preserve it for the next generation. For her, now is not the time to give up on old revolutionary ideas or hand out the olive branch. Rather, it is time to protect it and document it—otherwise, the story of these plants and their people will vanish. Whatever you make of her art, the story of Samia Halaby should be heard.

This article first appeared in the Majalla