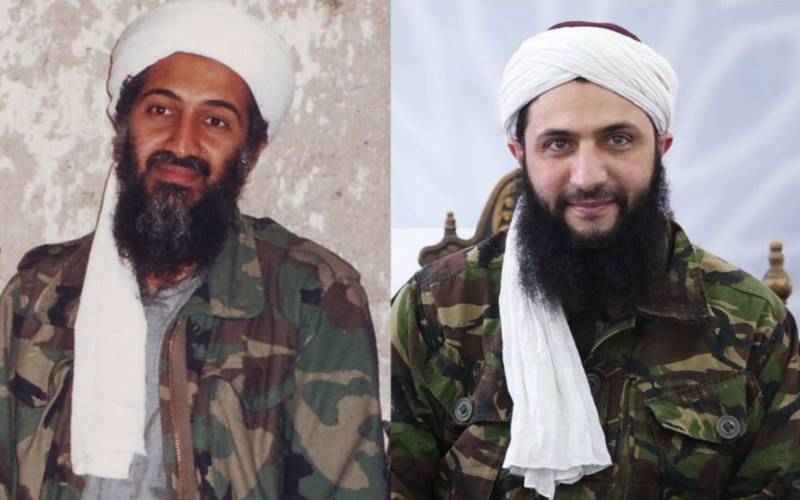 On the 26th-28th June clashes broke out between Hayat Tahrir al-Sham (HTS) and a faction led by the al-Qaeda affiliated Hurras al-Din (HaD).  Although an informal agreement ended the violence some have argued that this has weakened the ability of the opposition to counter “future regime advances”.  Others have likened the clash to a mere replay of Jabhat Fateh Sham splitting with Ahrar al-Sham in 2017.

But perhaps the conflict goes a bit deeper, and could be a milestone for the jihadi project itself. Maybe it is an indication of where the Jihadi project might be heading towards. This small clash may be the beginning of the battle for the heart of Jihadism; between its purists and its realists.

An Islamic State has been a pipe dream for a long time.  It has been called for by the likes of Hizb ut-Tahrir for decades, and the establishment of statelets were attempted by many from individuals like Abu Hammam al-Rifa’i to groups like the Taliban and Shabab. But these attempts were ineffective and shut down partly because of their own inept politics, diplomacy and partly because the international actors were intolerant of such an entity.

It should be noted here that the West wasn’t necessarily averse to having an Islamic State. In fact, the peace treaty brokered by the Afghan Mujahideen factions in the 90s created Dowlat-e Eslami-ye Afghanestan on the ashes of the Communist regime. Saudi Arabia arguably is also an Islamic state with laws considered to be ‘Islamic’ and so forth. But a medieval state as conceived by the Taliban -which prevented girls from studying, involved blowing up ancient statues and harboured the likes of Osama bin Laden- just didn’t look like a viable option.

When IS established itself as an Islamic State it was a milestone for those who had dreamed of such a project. To many observers it did have a ‘statey’ feel to it. As the haul by the New York Times and other analysts like Aymenn Jawad Al-Tamimi’s sterling work seem to suggest, it had an ‘administration’. It had a support base, many Sunnis in Mosul had been marginalised over decades and now supported it. Internationally Turkey preferred a ‘Sunni’ partner over a Kurdish state that would stimulate a restive Kurdish population within its own borders. Already a lot of horse trading were occurring between the two, namely in black market oil and such like. The hostage exchanges between Turkey and the Islamic State were indicative of where they had gone in terms of boiler room deals. Arguably, it could have survived had Baghdadi and his group come in from the cold, in other words, had they behaved like state actors.

But IS decided to keep to its own principles, it felt that it could not break them. It was in some ways too much of a revolutionary ideological project. They were more akin to Khmer Rouge aiming to return to year zero; opting for a revolutionary stance, rejecting the rules-based order dominated by the US and the West. Instead IS decided to go beyond geography and challenged these notions; not only did it attempt to change the status quo and redraw the Sykes-Picot border, it sought to go back in time and build a ‘virtuous state’- it failed horribly.

Perhaps it knew it would fail and died in order to ensure that the idea survived even if the body did not.  Its actions were not un-similar to that of Carlo Pisacane, Duke of San Giovanni, a socialist and Italian patriot in the 19th century, who believed that the ‘propaganda of the deed’- that is the action of trying to create a state- was more important than the creation of the state itself because it gave the people a feeling that such things were possible.  For many jihadists, IS had demonstrated  that a state could be established in one military swoop and emasculated groups like Hizb ut-Tahrir over night. But it was also further proof that the Islamic project or state could never work without the whole system being rejigged which needed time, blood and treasure. Going back to year ‘zero’ was something that the modern political climate could never accommodate.

But the fact that IS was crushed showed other Jihadists that perhaps it could not succeed without a heavy dose of realism. Politics was a necessity. Abu Muhammad Jolani, the HTS leader, seems to be in the latter camp. Not only has HTS installed or backed the Salvation Government in Idlib, there seems to have been a realisation that sooner or later he would have to don a suit, and though he’s of course fighting against this urge and is currently at the shirt and skull cap wearing stage, there is an awareness that his group will not survive without embracing the political realities of the world. He has gone from Al-Jazeera Arabic to talking to Western NGOs like International Crisis Group.

And what is more, Jolani’s stance is not out of sync with that of Abu Qatadah al-Filistini, the famous jihadi ideologue. Abu Qatadah told me that the current climate is not conducive for an Islamic state, let alone a Jihadi project to flourish. It requires geopolitical regional change and so for the moment, this statelet just needs to survive and germinate.  Now, HTS in Idlib is germinating and fast becoming a quasi-state: it controls the arms of state, taxation, administration, aspects of the judiciary.  It is attempting to operate like a state, it has adopted the language of state as many of its press releases reveal, it’s dealing with Turkey over the M4 highway increasingly suggesting that it is begrudgingly accepting the international order.

Whether they will succeed is of course another issue. However, to be seen as a quasi-legitimate state actor by the outside world, it will have to tread a similar political path as the Syrian Democratic Forces (SDF), the Syrian offshoot of the the Kurdish People’s Party (PKK), the revolutionary socialist group. Whilst the PKK is considered by many countries and the US as a terror organisation, the SDF have played their cards well enough to earn a degree of legitimacy. The US has allied with them to fight IS and countries like Sweden and Venezuela have dealt with them to take back their citizens from their camps.

But unlike the SDF, HTS does not have the monopoly of violence. For it to be a state, it is essential that it possesses an army, police, security services and so on.  And so in it has started to subdue factions that are independent of them. Its political rationale is clear: it needs to shut down armed groups within Northern Syria acting outside of its authority; the foremost faction being that of Hurras al-Din (HaD), whose loyalty is to al-Qaeda’s Dr Ayman Zawahiri, not to HTS vis-a-vis ‘the state’.

Of course that leaves HTS open to political attack; for in order to survive and let their project flourish they have to become a legitimate outfit which means acting and accepting the current international framework. Note, it does not necessarily mean that they automatically abandon the jihadi project, for they can always postpone it for a future date and still claim to be true to the ideal. But then the fear is that once they have established themselves in power, they will become like Hezbollah and PLO’s children: drive nice cars, enjoy good food, listen to Nancy Ajram. The idea of Jihad will be shelved ad infinitum in favour of the good life, local rivalries and other human intangibles like greed and power. The law of Ibn Khaldun conquers all.

But what about those ideologues, including Abu Qatadah and indeed Maqdisi who had once said that an Islamic state does not deal with the institutions based on Kufr or nation states and their rules? They were banging that drum for years, nay decades. What of the Jihadi purists in Syria? They are asking what one does with those ideas now that Jolani is eyeing up that suit and polyester tie cracking down on independent factions, announcing that HTS is more or less the state? Has all that blood, those friends lost, and treasure spent on trying to realise an Islamic state been for nothing? Has HTS capitulated to the international order and accepted all those ideas they fought so hard against? What, the Jihadi hardcore may say, has this all been for? This is why the small clash could potentially be indicative of a bigger conflict in the near future between the realists and the purists.

Note: I am grateful to analysts like Charles Lister @Charles_Lister, Hassan Hassan @hxhassan, Aymenn J Tamimi @ajaltamimi, Aaron Zelin @azelin et al whose threads and posts I have benefited from when writing this analysis. In particular to Aron Lund @aronlund and Charles Lister whose comments have been so helpful.