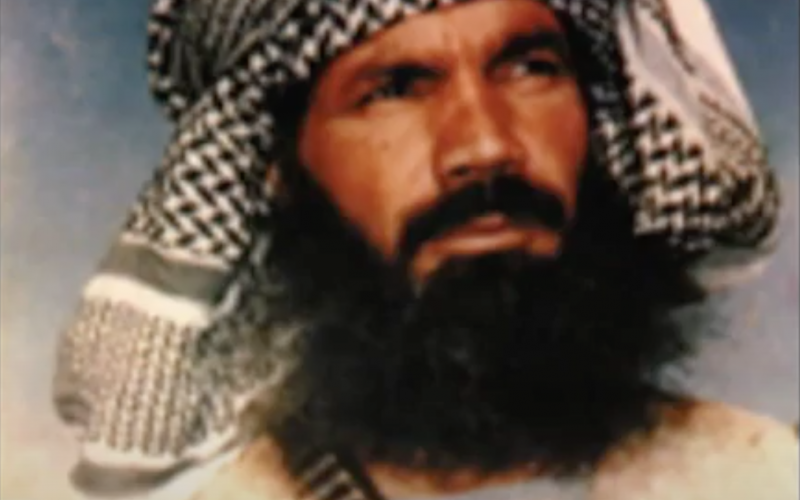 At this crucial point in the history of Afghanistan new myths are being made and shattered by many sides even as the Taliban are hoisting their flag in the capital. This is nothing new, humans have been doing this since the beginning of time.

This occurred when the Mujahid forces entered Kabul in 1992 and the Taliban was not even a thought. It happened with Ahmed Shah Massoud legend and new myths are being created in front of our very eyes. British and indeed US forces will likely have experiences not un-similar to the the Soviet ‘Afghantsy’ who served there in the years to come. For the ‘Afghantsy’ it gave birth to a whole genre of music recounting these experiences.

It is with this in mind that I present the profile of one of these Mujahideen commanders/warlords, Muhammad Ismail Khan whose mythical fighting prowess were deemed capable of withstanding the Taliban onslaught. But he failed not because his myth was shattered but because this was something the man had done in the past several times in his career. Khan was a political and military survivor and he remains so in exile. And perhaps if the Taliban play their cards wrong the old war horse might just return to point his lance once more.

Depending on who you speak to Muhammad Ismail Khan has been as a heroic commander or a corrupt war lord. The only thing the sides agree on is his fighting prowess.

He has been described by some academics as Machiavellian in his politics and ruthless in destroying his opponents. See for instance the wikileaks cables regarding his role in the Ashura riots in March 2006 in Herat. However, despite trying to rally the troops in Herat in following the Taliban push in August 2021 his People’s Resistance Front was defeated. Khan has currently been sent into exile in Iran. He is not unfamiliar with the country for he has sought refuge there on several occasions in the past most notably in 1997.

Khan is an ethnic Tajik, Sunni and a Dari speaker, and was the power broker in Herat up to very recently. He belongs to the Jamia-e Islami faction, the party of the late Burhanuddin Rabbani. His prominence stems from his fighting prowess against the Soviets and also against the Taliban. His power base was bolstered by Herat’s trading links with Iran and it isn’t uncommon to find Iranian goods and currency in the city.

During the Soviet invasion Khan was said to have inflicted hundreds of Soviet casualties. And as a result of his success he was one of the first commanders who received the much hyped Stinger missile from CIA. Although whether the missile launcher really changed battle field dynamics remains an open question. But it certainly sowed the seeds for Khan being a potential partner that the US could work with following the 9/11.

In 1992 he became the governor of Herat and seen by some as introducing peace, stability and reconstruction. Others like the US accused him of massive corruption and nepotism. In 2009, the US urged President Hamid Karzai to remove him from the water and energy ministry due to those allegations but Karzai refused. In 1995 the Taliban captured the province and Khan fled to Iran and started to build up an opposition movement. He was betrayed by one of his own to the Taliban who imprisoned him in Kandahar.

In March 2002, he escaped and returned to Mashad, western Iran and returned to Afghanistan in May, 2001 trying to build up an opposition movement against the Taliban in Badghis, Herat and Ghor. But his employment of guerrilla tactics had mixed results as he faced the Taliban, Arab and central asian fighters who were equally capable of such tactics. It was only after the air campaigns following 9/11 that his group was successful. After Ahmed Shah Massoud’s assassination by al-Qaeda assassins, Khan tried to put himself forward as Massoud’s successor but failed to build up enough support to achieve his aims.

After the fall of the Taliban, Khan took on the reigns of power in Herat. Though he had given fealty to Kabul led by President Hamid Karzai, those ties were loose and fast. In reality he ran the place like his own personal estate. Herat was a trading hub between Turkmenistan and Iran and millions of tax revenue was collected and very little of that went to central government in Kabul.

In many ways, his own rule in the early days at least according to some academics, appeared little different from the Taliban. It allowed for little dissent, freedom of press and civil society restricting social life, music and alcohol for instance. Critics accuse Khan of personal wars, nepotism lavishing his followers with gifts and discriminating against non-Tajiks especially Pashtuns whilst his supporters say that he built hospitals, sewers, schools and the Salma dam. Some residents believed that he was a benevolent dictator making Herat a commercial and cultural hub benefiting from the central Asian trading nexus.

Internationally he managed to balance the needs of the US, India, Tajikistan and Iran. He managed to gain US trust to receive military aid to fight the Taliban. He received Iranian, Indian and Tajiki support and financial aid for carrying out economic projects in Herat province.