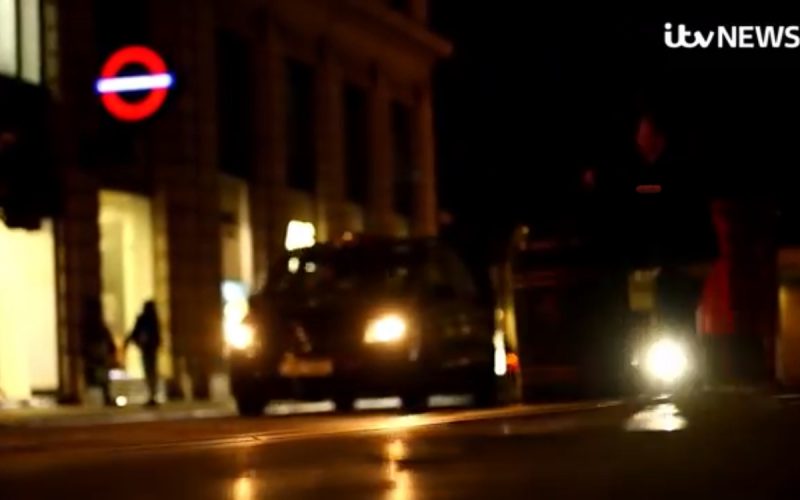 It began with a chance encounter with a man offering me something ‘extra’ after an awards night out. During a series of meetings, he told me an extraordinary story of high class brothels operating in the exclusive area of London’s Mayfair – exploiting young women as sex slaves.

Over a period of six months, I uncovered up to 15 houses in and around Mayfair, learning how they operate. All were some of the most exclusive addresses in the country, some even belonging to the property portfolio of the Anglican church, the London diocese fund.

The Church of England says it had no knowledge of this activity and that the premises had been managed by an independent letting agent and is now empty. In one of the houses, up to ten women sat in front of me and claimed to be Colombian, Italian, Portuguese when it was clear that they were mostly Romanian.

These women could be bought and sold for £300 an hour and served clientele that included famous premiership footballers, business tycoons and some prominent politicians.

Parties can be catered for, drugs supplied.

How does it work?

These houses were controlled by Albanian/Eastern European gangs whose operations were immensely sophisticated. Each house was rented online for a short time and rotated regularly to evade law enforcement and detection.

Beggars and vendors act as the eyes and ears, tipping them off if there are too many people sniffing about.

Using untraceable burner numbers they informed the local ‘drivers’ – or pimps working on commission – about which addresses they are operating from.

And so as the punters come out of the bars and night clubs the drivers pounce on the tipsy ones who looked like big spenders.

The drivers pick up the clients and take them to the house where they are faced with a selection of women and plied with more drink and drugs.

They are met by a pleasant and amiable ‘nanny’ or ‘madame’ – sometimes a family member of a gang or perhaps even a former ‘working girl’ who has worked her way up the ladder.

If the women on offer are not to the punter’s liking the driver will take them to another house, it will be his job to take the client back afterwards, for only then will he earn his commission.

Pliable punters are drained of money; credit cards are taken, not just cash. The threat of exposure to bosses or loved ones later means the gangsters can continue to milk them long after their visit.

“Clients” are fed drugs to entice them to stay and spend more money.

What the punter does not know of course, is that these seemingly ‘clean’ or ‘high class’ women are not prostitutes but slaves.

They have a daily targets to meet the targets set by the Albanian gangs.

It’s the ‘nanny’ who takes the night’s earnings and balances the books whose money then goes into legitimate businesses to launder the money of its impurity.

Who are these women?

They are mostly from Eastern Europe, from some of the poorest parts of the former soviet bloc countries.

Sometimes the women have been recruited with the promise of a job. They are made to believe that the investment made by the gang has to be returned.

Her debt increases exponentially until an £8000 debt becomes a £30,000 debt. They are then put to plying the sex trade giving most of their earnings to the gang and some if at all, might go to her family.

Some women are sold at nine or ten-years-old and trained up in Romania in dingy flats catering for locals. They are groomed and with little or no education know of no other existence than that. Once they are 16 and of age they are trafficked to Germany, Netherlands or Britain where they can ply their trade legally.

London alone has over 100,000 women working in the trade.

According to exclusive quarterly figures from the Modern Slavery Helpline, Romania has the highest recorded number of potential victims in England.

These women, despite the relative anonymity of London, cannot simply walk away. There is a very real threat to their families back home should they escape.

Is there any escape?

The risk for whistleblowers and survivors to come forward requires immense courage due to the threat to their families back home.

Many charities have pointed out the lack of trust many have for the authorities.

The fear of not being believed, coupled with being sent back, is a very real threat to many survivors and so many are unwilling to come forward and prefer to stay in a situation which they are at least familiar with.

According to the second quarterly figures from Modern Slavery Helpline, the months of May and June saw an increase in reported cases of modern slavery – more so than in April when lockdown was at its strictest.

The mechanics of the Investigation

I have worked on many investigations in the past decade. Most of them are related to crime and security related issues. They take a lot of time and effort to build up a cast iron case. Otherwise the in-house lawyers and editors will turn it down as a story.

It is rare that those times you spend plugging away get recognised. Sometimes the stories don’t even make the cut and you have spent the best part of 8 months working on an investigation. It’s difficult to take. So it’s nice that this investigation was featured on Vice News and my work being long listed for an Orwell Prize in 2021.