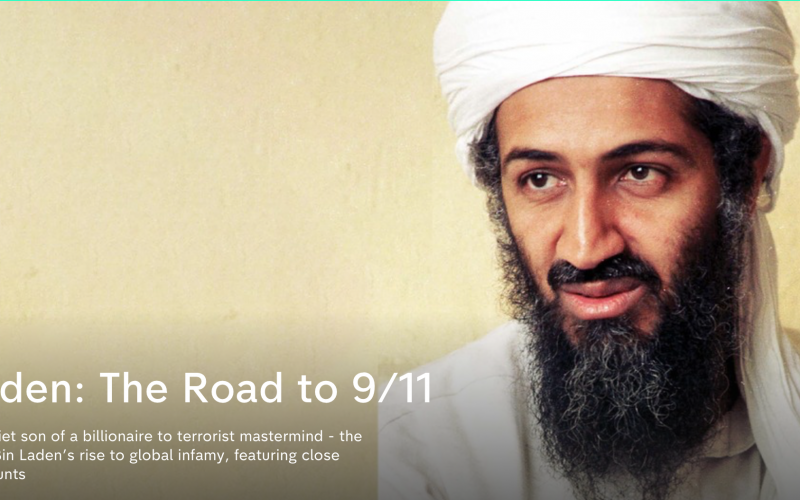 Obaidullah Baheer is a lecturer of transitional justice at the American University in Afghanistan, Kabul. He holds a postgraduate degree in International Relations from the University of New South Wales, Australia. His research focused on negotiations with the Taliban.

He is also the grandson of Gulbuddin Hekmatyar, one of the former Mujahideen leaders in the anti-Soviet conflict. His party Hezb-i Islami was one of the most effective factions against the USSR. Hekmatyar knew Osama bin Laden and many of the Afghan Arabs and was instrumental in their development. Here is Mr Baheer reflecting on 9/11. Obaidullah Baheer appears on the documentary as an important contributor. Below are his reflections on 9/11:

“Two decades after the attack on the twin towers in New York, a decade after Bin Laden’s body was dropped into the sea, his ideas live on across the Muslim world which begs the question: did the United States and its allies ever truly understand what they were up against? The problem was always that Osama bin Laden and his movement were always seen through the prism of an enemy. One that is despised but never understood. Though if the world ever wanted to defeat him or his movement, they would have to look at him through the eyes of the generation that would idealize him. That would also mean owning up to the mistake of falling into his ploy, the ploy of unmasking the evil the western world was capable of.

My generation never truly understood the pain he inflicted on the west, we only saw the personification of the hatred we were told by Bin Laden that the west held toward us.

The anger filled up inside our generation, the hate for the faceless west and the desire to live up to the legend of our ancestors who had defeated the menace that was the Soviet Union all meant that we had conviction but no way to channel it. We had no enemy to fight. The songs we sang about Chechnya were outdated, Palestine was too far for us to reach and the lobby that was orchestrating all the oppression in the Islamic world was too elusive. It wasn’t until 9/11 and Bin Laden’s finger pointed to the sky, promising that the United States would see no peace until we saw it in our lands, that we finally had found an enemy. The images of the US-led invasion of Afghanistan was like the breaking of chains on a beast that was dying to be unleashed. We had found our Jihad now.

Bin Laden was not just a man, he was a myth. A myth that would give meaning to struggles around the world. He was someone who had ascended from within a large family to become that hero. He was someone we could be inspired by because if someone could let go of such a lavish life, our sacrifices paled in comparison.

The name Al Qaeda which means the base was the perfect name to give to a movement to which Bin Laden would be the muse. He had shown how irrelevant the asymmetry of capabilities was, he showed a whole generation of Muslim youth that even gods such as the American civilization could bleed. That all it took was belief and angels would descend on battlefields to help those fighting in the cause of Allah. Sometimes I feel like he paid back the debt he owed to the Taliban. By refusing to hand him over to the west, they had lost their emirate. Yet, two decades later, it would be that unnatural conviction that would keep the Taliban movement alive and growing. And today, as the Taliban walk through the streets of Kabul, knowing they defeated the most sophisticated army in the world with AK-47s, they would in their heart owe Bin Laden gratitude for the spark he lit within them.

I remember shedding tears over Bin Laden’s death, feeling like I had lost a family member. But I also remember holding him responsible for the wars the United States and its allies waged against our people. I would find solace in the idea that Bin Laden too had regretted his attacks on 9/11. An Arab fighter had once told me that Sheikh has said he would not have gone through with it if he knew the amount of suffering it would cause. I feel like the person I was in the past, the one who idealized Bin Laden, is long gone. Yet, I can’t help but see him as the product of the West’s attitude towards the Muslim world. There is a need to see his movement as a more modern and sophisticated manifestation of a post-colonial resentment that was never addressed. He was the reaction to the structuralism formed by the first world, where the Muslim world would always be a periphery. All that Bin Laden ever did was couple that loathing with an ideology and label the struggle as an obligation ordained by God.”

Do watch episode 1, I worked on it for the Channel 4 documentary. We tried to bring in many different voices in order to give an account of Bin Laden . It was intended for the Post 9/11 generation who don’t understand the momentous impact this had on us. And we incorporated film archive and voices which had never been seen or heard before.