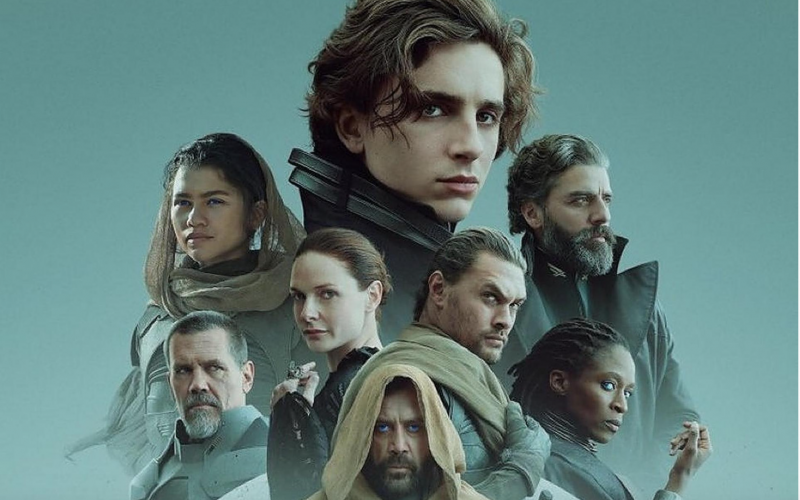 ‘I know nothing comparable to it except the Lord of the Rings’ was the verdict of Arthur C. Clarke when he read Frank Herbert’s classic science-fiction saga, Dune. Tolkien’s vision set the benchmark for fantasy; he peopled it with languages, myths, and cultures. But ultimately the story is simple: good versus evil. Herbert’s vision in Dune is arguably far more nuanced and profound; it is, prophetic and Khaldunian in conception.

The novel tells the story of the House of Atreides who left their water filled world of Caladan to take control of a barren desert planet, Dune.  This might seem like a poor trade off, but consider that Dune is so crucial to the economy that he who controls it effectively controls the empire.  For like a modern day Iraq it contains a substance known as the Spice which enables those who use it to navigate through the vast ocean of space- effectively one controls space transport. It gives a level of prescience that Nostradamus would die for. However, the Spice is not only notoriously hard to extract due to the huge Sandworms that live in the vast sand ocean, but also because the Atreides know that the Harkonnens, a rival house, will go to any length to control the monopoly. And indeed that is exactly what they do; in collusion with the emperor they massacre the Atreides house. Duke Leto is murdered leaving only a young heir Paul Atreides and his mother, Lady Jessica, to fend for themselves in the dessert emptiness. They would have perished had it not been for Paul’s training in the Beni Gesseret way, a sort of spiritual and martial training, and the help of the Fremen who resemble in character and hardiness the Arabs of old. This exile changes Paul forever; he now determines on revenge and channels the high regard that the Fremen hold him in to set the course for a clash between Paul or Mu’adib, the rebel warrior, and the Empire.

Dune is the product of Herbert’s research on the dustbowls of America and there is a sense that Herbert is ruminating about the effects of the environment on man.  Like Ibn Khaldun who believed that dynasties fell because of the seductiveness of civilization so too does Herbert ruminate on the nature of over-civilised, and high-tech society. He does this by contrasting the Harkonnens and the Atreides with the Fremen who survive on very little in a harsh unforgiving planet and yet display such amazing physical and mental prowess that eventually enable them to emerge as victors. It is analogous to the Arab invasions of Persia and Rome or the contemporary struggles between the developed and the underdeveloped, colonized and the colonizing. This book like 1984 is farsighted in this regard.

Moreover what makes this book so powerful is its ability to consider profoundly the spiritual changes that Paul and his mother undergo as a result of calamity. Herbert incorporates Islamic ideas with remarkable confidence that at the same time avoids artificiality.  Dune is not only smattered with quasi-Arabic and Persian words such as ‘subakh aul kuhar’  ‘Taqwa’,’ Usul Sayyidina’ and ‘Zensunni’ but his grasp of the concepts suggests great erudition on his part.  Herbert manages to produce a book that is probably one of the finest works of science fiction ever written. And it is hardly surprising to know that he won the Nebula and Hugo awards. This book is not just for science fiction buffs but for anyone who wants to read profound and visionary stories.