Captivating the minds of writers, artists and scientists alike, Tam Hussein explains how the Renaissance emerged from the Islamic world.

Any introductory history on the West will tell you that the roots of western cultural dominance lies in the Renaissance, a period which spans approximately from 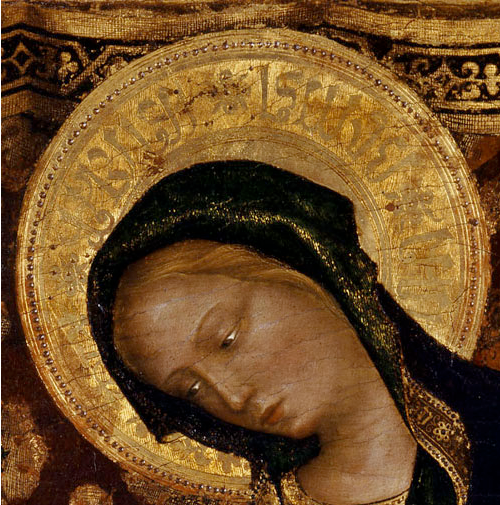 1450 to 1600. It was during this period that Europe freed itself from the ideological prison of the church and reconnected with its Greco-Roman heritage. The books will have you believe that Europe awoke from its slumber and suddenly produced marvellous paintings, science, philosophy, voyages of discovery and created monuments and figures the likes of which the world has never seen. The Renaissance narrative then, to coin a similitude, is the story of a once virile couch potato who gets off his backside and does the hundred metres in less than 10 seconds. The narrative sounds somewhat absurd.

The Renaissance may have spent its infancy in the 200 or so city-states of Italy, but its cradle was firmly in the Islamic world. This isn’t just arrogant bluster. A glance at a few Renaissance artists will reveal Islamic carpets owned by Lorenzo the Magnificent of the Medici family and halos of the Virgin Mary painted in pseudo Kufic script by Gentile a Fabriano. Closer to home, a look at the robes of Oxford dons or a perusal of the plays of Shakespeare will reveal a plethora of Oriental influences. One cannot help but conclude that some process of cultural pollination must have occurred.

During the Dark Ages, Europe’s repository of knowledge was Spain and Italy. Spain because of its still vibrant Islamic civilisation, and Italy because it served as the main thoroughfare for the Silk Road goods coming into Europe. Contact between the Islamic world and Europe was frequent and learning was the Islamic world’s biggest export. The establishment of the University of Paris and later Oxford and Cambridge should not be seen as coincidence, but rather as a product of this process. It was, after all, a Spanish Jew, Josce, versed in Arabic and Hebrew who is said to have founded the University of Paris. And its faculties were peopled by Dominican Friars who had studied in Muslim Spain. Similarly, the University of Salerno – the oldest medical university of Europe, started life in a trunk of Arabic medical textbooks from Tunisia that were subsequently translated. The growing Norman influence in Europe and the conquest of Muslim Sicily (1072) resulted in further contact between the two. It was therefore not strange to read that a certain Sicilian Muslim refugee, Cadi Brun or Thomas Brown served as Chancellor of the Exchequer to Henry II in the 12th century.

This contact meant that at the beginning of the Renaissance Arabic books, with their cutting edge learning, were widely translated and diffused throughout Europe. The many Latinised names of Muslim scholars such as Avicenna, Avarroes, Algazel, Abulfeda Alkindus and many others testify to the lasting impression that Islam made on the Renaissance mind. So much so that even Dante Alighieri, credited with the establishment of the Italian vernacular as a language, had read the translated Kitab al-Miraj (1264). The Divine Comedy parallels closely the Prophet’s ascent to the seven heavens, except that Dante chose to visit the seven stages of hell instead.

There has to come a point when we recognise that the once virile fat man did the hundred metres in less than 10 seconds because he had a very good coach! However, our schools still teach that same old narrative. Granted, stories are hard to change, but one gets a suspicious feeling that the West is still finding it difficult to come to terms with its past: that it has an Islamic as well as a Greco-Roman heritage.

It is down to Muslims to help change this narrative (and the 1001 Inventions is one great initiative), not because one wants to bask in the light of one’s cultural glory, but rather to give people a better understanding of their own history and ultimately to contribute to the human project: the quest for truth. For if it was known that the guitar, violin, the harp and the castanet had roots in Spain; that the three course meal with its starter, main course and dessert came from Muslim Spain; that Good Faith and Equity are fundamental principles of Law; the presumption of innocence until proven guilty was introduced by Luis IX after returning from his crusade in Palestine, then perhaps it would go a long way in fulfilling that injunction in the Qur’an which says that we have been created in many hues and colours so that we may know one another. And perhaps there would be less fear and more openness in our times.