It is a mark of a talented writer that he is able to portray a world which is not fully his.  Arvind Adiga seems to be able to do just that. The Indian born Australian, an Oxonian and a former journalist for The Financial Times to boot, is able to reveal the underbelly of his home of Delhi, India in a convincing manner without artifice or contrivance.

The White Tiger is a rags to riches story of Balram Halwai, a millionaire in India’s equivalent of 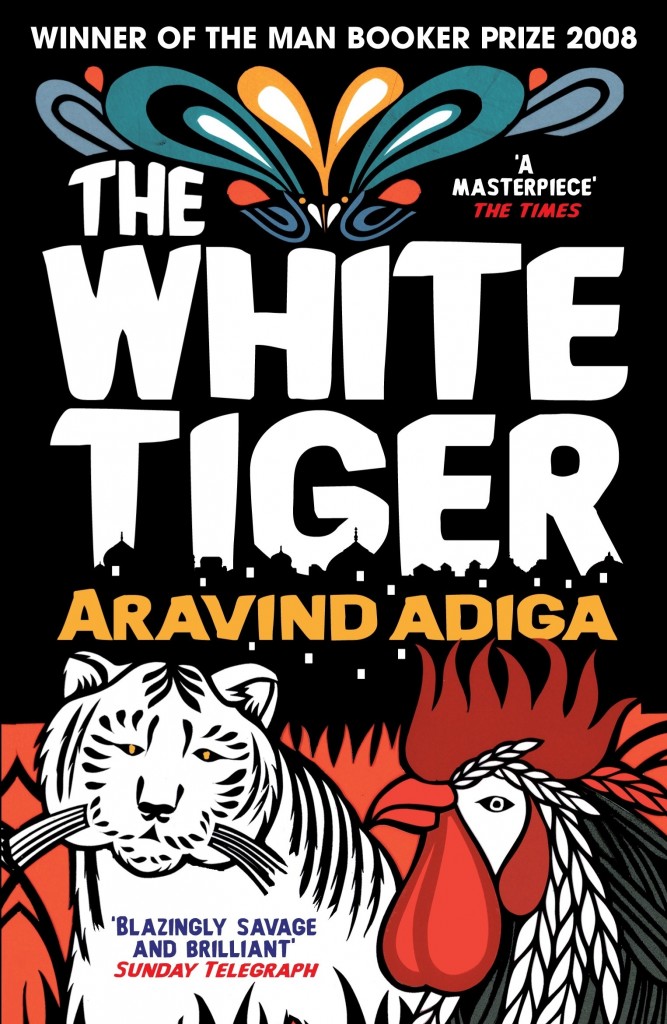 Silicone Valley, Bangalore.  But be warned, anyone expecting a slum dog millionaire plot will be seriously disappointed, for the only thing Danny Boyle and Adiga have in common are the unsavoury characters that people their stories. But even so Adiga’s characters are far more vivid as they are grotesque. Balram has to grapple with rapacious land lords with gross feet, of rickshaw drivers who come to their ominous deaths in state hospitals, weak masters educated in America, rich socialists buying up the votes of an illiterate underclass, and the gibes of fellow servants. This is a world where the boy does not get the girl, instead the rich get Ukrainian blondes and the Balrams of this world get poor Indian prostitutes who dye their hair with peroxide.  This is the world that the gregarious and yet tragic protagonist crawls out of.  Adiga’s first person narrative is a tale of a low caste Hindu who dares to dream and makes it out of his poverty but sadly, it is at the cost of his soul and family.

Surprisingly, Balram is unrepentant at the price that he has paid. He is realistic- to succeed in India you have to lie, bribe and murder. What Adiga suggests then, is that India’s tragedy is that it can produce survivors and entrepreneurs like Balram, who become good employers, but are unable to break the cycle of corruption and instead, just like their former employers, grease the pole and enjoy their wealth in the full awareness that their souls are empty and lost.

This novel will make you laugh at the village buffoonery of Balram, his fashion sense, his idiosyncrasies, his craftiness. But despite all this, you get the sense that Adiga is not exaggerating. As you laugh at Balram, your heart breaks at the sheer injustice of his condition. You recognise that he did not have a choice in what he did and it becomes hard to condemn him for the murder of his employer because you recognise his misery. This story is a witness to India’s meteoric rise but is also a warning: that India’s towers are cemented on the millions of knotted backs and thin calves that earn less than a dollar a day and may one day come crashing down.  Adiga has written a savagely acerbic novel and perhaps without realising it, given voice to the downtrodden – superb.