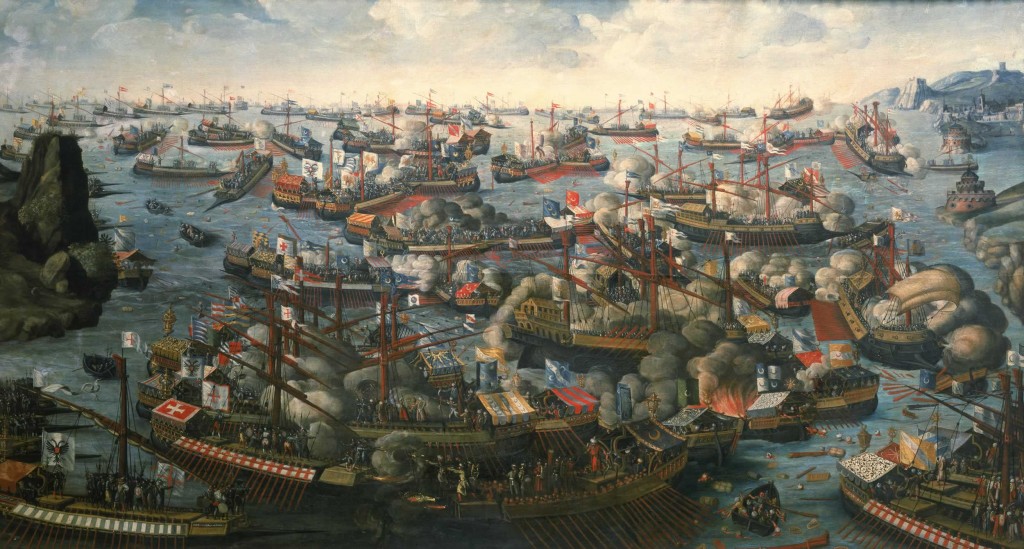 The brother of a merchant sailor inspired literature from the Spanish novelist and poet. Tam Hussein explores the story of Cervantes.

“The loss of my left arm,” quipped Cervantes, “is for the greater glory of my right.” Who could argue with the 16th century Spanish writer? Was it not his right hand that wrote one of the cornerstones of Western literature? Cervantes’ old Knight errant, Don Quixote and his sidekick, Sancho Panza charging around Spain encountering Moriscos, merchants and ex-slaves, have entertained academics and critics alike. But the story of his left arm is just as important, and goes back to the Ottoman conquest of Constantinople.

After the conquest of the city in 1453, the Ottomans quickly realised the importance of a navy. More importantly, the navy was needed to connect the Levant and its more distant provinces. Thus the calm blue harbours of the Bosphorus gave birth to an Ottoman navy so superior that it bequeathed the word ‘arsenal’ to the English language. However, the Knights of St John at Rhodes were a constant obstacle to the Ottomans. Their buccaneering and intercepting of Ottoman ships laden with merchandise, pilgrims and communiqués led the Ottoman Sublime Porte to determine upon their removal.

The Sublime Porte had a stroke of good fortune, for at around the same time the Knights had captured Arudj, who was a merchant sailor, and kept him imprisoned in a fortress off the coast of Bodrum.  Arudj, with the help of his brother Khayreddin, managed to escape and thereafter decided on a career change. Depending on which side you were on, the Barbarossa brothers, as they became known in the West, were either the most notorious pirates in the Mediterranean, or they were privateers in the same way Sir Walter Raleigh was for the English monarch. For the Ottomans, the Barbarossas were admirals of the fleet with orders to attack the Knights of St. John as well as the Spanish-Hapsburg territory.

In a strange quirk of history, the brothers managed to establish themselves in Algiers, and just like the Knights of St. John, became a thorn in European maritime activities. From there, they singled out  the fleet of the Spanish-Hapsburg emperor Charles V whose aggressive Catholicism had up to now manifested itself in the subjugation of South America, war with the Protestants, the Inquisition and the removal of any vestiges of Islam in Spain. By the time of Arudj’s death, Khayreddin practically dominated the Mediterranean coast. He had captured Charles V’s territory, attacked his cities, safely transported Spanish Jews and Muslim refugees from his kingdom, and went on to attack Ostia on the river Tiber causing the church bells of Rome to ring out in fear and consternation. Khayreddin’s dominance of the Mediterranean eventually led to several developments: better shipping designs to avoid capture and the search for alternative routes to South Asia and Indonesia. More importantly, it led to the forming of alliances between the European states in the 16th century, which resulted in the battle of Lepanto in 1571, their first major naval victory against the Ottomans.

But what did Khayreddin Barbarossa mean for the author of Don Quixote? It meant life as a soldier filled with the romantic notions of one faith, one king and one empire. Posted as a soldier in Naples, Cervantes found himself in the battle of Lepanto.  He emerged on deck struck with fever but set on fighting the Ottoman forces, and it was there that he received a shot from a Harquebus and lost the use of his left arm. The victory at Lepanto had taken 33 years in the making, and revenge didn’t taste as sweet as envisaged because the architect of their defeat in 1538, Khayreddin, was long dead and buried having built himself a palace in Istanbul, established seminaries and written five volumes of his memoirs. But the importance of the victory at Lepanto did not escape Cervantes, nor Titian’s paintings, nor the Catholic church which still celebrates it on the day of Our Lady of the Rosary.

In the case of Cervantes however, the euphoria of victory did not last long. The author was captured by an Ottoman fleet and he remained imprisoned for five years in Khayreddin’s Algiers. The positive result of this was that on his return to Madrid he included his experiences in his great masterpiece.  So, whilst litterateurs savour Cervantes and laud his work, we should remember that Khayreddin Barbarossa had a big part to play in bringing glory to Cervantes’ right hand.