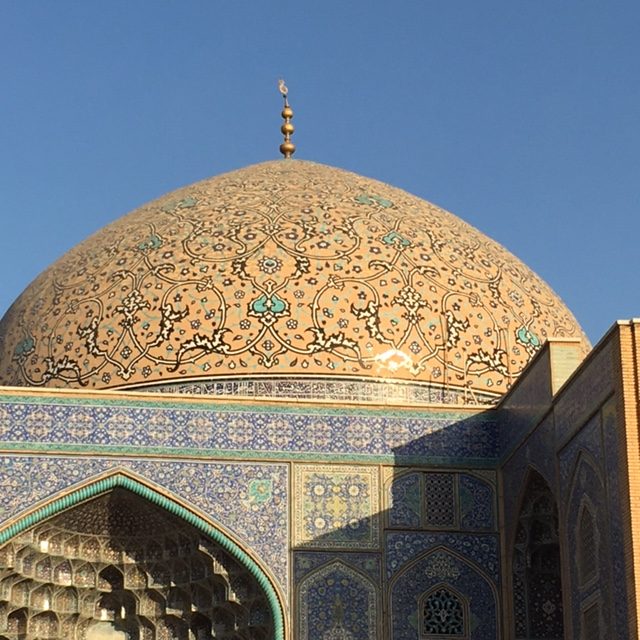 Cultural historians have often focused attention on Islam’s achievements in architecture, craftsmanship and calligraphy. However, except for poetry scant attention has been given to Islamic culture’s contribution to performance art: theatre, music and dance. This is partly because of the perception that Islam has an aversion to these art forms. What is often not understood is that a complex relationship between Islam and performance art exists because of two sentiments. One sentiment that calls for sobriety striving to remain faithful and avoiding the snares of the lower self; whilst the other sentiment wishes to express the sheer joy of life. Arguably the attempt to balance these two is precisely the reason for Islamic culture producing such a rich cultural heritage in performance art.

Muslim performance art was born out of a social milieu that prized orality and performance. At the time of the Prophet it was an intrinsic part of Arabian culture. The Prophet’s contemporaries like the poet Labid were respected precisely because of their ability to elevate the status of a tribe as well as abasing it. To have a poet born in one’s tribe was seen as a great fortune. It is the poet’s ability to sway the hearts of men; to incite a whole people to love, fight and die which attracted the praise and censure of Islamic tradition. In the light of this milieu, it also becomes apparent that the Quran was not only to be recited in the solitude of one’s home, but amongst society busy with the world, in order to remind them of ephemeral nature of existence. Recitation then, was not only a personal experience but a public one. And the best performance if such an expression was reciting the Quran beautifully. Even to this day world class Qaris like the late Egyptian Abdus Samad Abd el-Basit (d.1988), filled entire auditoriums with appreciative audiences. Therefore, a platform already existed within the Prophet’s cultural milieu where performance arts flourished. And snippets in the Prophet’s life seems to suggest that he enjoyed aspects of performance art for instance, we have an account of him listening to al-Nābighah, the great Arabian orator, stand in the market town of Ukaz and sermonizing about the worship of the unity of God. Another of watching Abyssinians dancing in sheer joy of being near his presence, of him singing along with his companions whilst working, of him listening to the verse of Hassan b. Thabit (d.673) and given the honorific title of ‘the Prophet’s poet’. Thus within Islamic tradition then, scope seemed to exist where the artist could perform.

However, restraint was always encouraged in the artist. The Prophet after all had set the example, he did not attend dubious gatherings. One tradition tells of the Prophet, as a young man, wanting to attend a feast like the young men of Mecca did, but when he arrived God enveloped him in sleep and he awoke to discover that the festivities had ended. Moreover, there is enough evidence within the Islamic tradition which has lead some Islamic scholars to disapprove of performance art. Others scholars differed from this interpretation and allowed performance art to exist on the condition that the content was sound. Thus, it was precisely this difference of opinion, ikhtilaf, and independent reasoning, ijtihad, which allowed for a cultural space where the artist could perform but always with the weighty responsibility of balancing the profane with the sacred.

But balancing the profane and the sacred was never easy, perhaps more so in performance poetry. After the death of the Prophet, poetry became far more professionalized. Historians like Hugh Kennedy, has pointed out that the role of poetry, music and song became central to the cultural and social life of the Abbasid court in Baghdad (750-1258). And poets, could be enchanted by the civilisational splendour of court life and mores. Court poetry then, was full of bombast, exultation and experimentation and grew out of the huge financial rewards poets could attain from the patronage of the elite. The elite in their turn saw poets not only as a source of enjoyment but also as a powerful tool for propaganda. Hence Arabic literary history is full of worldly poets earning the equivalent of a lottery jackpot because of a poem recited in praise of a ruler. It would be naïve to assume that religious sentiments drove these poets to excel, however, even though they were snared by the pleasures of the world their poetry still made an inadvertent contribution to Islamic culture and learning; their verbal virtuosity enabled scholars to understand the language of the Quran better.

Others, disturbed by the sheer worldliness of empire began to incline towards the sacred. This was not just verses recited by proto-Sufis or Sufis like Rabia al-Adawiya (d.801) or Imam Busīri, but also that of the early jurists and jurisprudents. Imam Shafi’e (d.760), the eponymous founder of the Shafi’e school of jurisprudence, is just one example. He spent years with the Arabian tribe of Tamīm perfecting his Arabic. But in the end, Shaf’ie famously preferred scholarship over Poesie. Nevertheless, his anthology collected after his death is still amongst the best, most popular and most studied collection of eloquence in the Arab world today. Whilst poetic tradition certainly existed in other cultures before the advent of Islam, the stress on poetry and orality, especially the religious, homiletic and edifying poetry found in Arabia trickled down to Persian, Turkish, Urdu and other cultures bringing forth notable poets from Saadi (d. 1294) Farid ad-Din (d.1221), Rumi (d.1273), Hafez (d.1390), Ghālib (d.1797) to Nazrul Islam (d.1976). And it is this performance poetry that seems, in spite of the growing influence of visual media, to remain the paramount artistic expression in Muslim culture today.

Cultural historians have wrongfully assumed that Islamic culture did not have a theatrical tradition. This is partially, because our perception of theatre has been shaped by the Hellenic notions of drama. From this perspective, theatre was only introduced as a result of European influence and colonialism. The plays of Moliere, Shakespeare and the Greek tragedies for instance were introduced to the Middle East in the 19th century, and playhouses were only established by the Second World War. But the fact that European conceptions of theatre were imported into the Middle East and North Africa should not obscure the fact that Islamic culture from its very inception relied on drama. In fact, one of the reasons Orientalists had problems in bringing the One Thousand and One Nights to European audiences was precisely because they were meant to be performed and by extension written copies were hard to come by. According to scholars like Schmuel Moreh, Islamic culture had a sophisticated theatrical tradition going back to the 8th century.

In fact, theatre originated from an established tradition of itinerant story tellers who made a living from these performances. And these Qussas were viewed with suspicion by scholars because of their propensity for telling a great yarn often over rode the need to tell the truth and resulted the fabrication of thousands of hadiths. Nevertheless, this tradition of telling stories survived and can still be found in the odd coffee shop of Damascus where the deeds of Antara b. Shaddad, the pre-Islamic knight of Chivalry or Baybars’ heroic battle against the Crusaders, are retold in dramatic fashion. At some point though, this act of storytelling became Drama. By the 9th century troupes of actors performed plays resembling a cross between pantomime and Punch and Judy shows all over the empire as well as the Abbasid court.

But as theatre increased in sophistication it displayed the same concerns that poetry and theatre wrestled with. 11th century had not only seen the use of actors but also puppets and shadow plays. The latter was immensely popular. This is indicated by the number of references that can be found in the work of al-Haytham (d. 1039), the father of optics to Ibn Hazm (d.1064) the Andalusia polymath. Even sultans like Saladin (d.1193) and his jurist Qadi al-Fadil were impressed by the lessons it could teach. And theatre seemed to have an otherworldly dimension. To the likes of al-Ghazzāli (d.1111) the scholar, Ibn Arabi (d.1165) the Andalusian mystic, Ibn Farid (d.1234) the Sufi poet, theatre echoed the metaphor of Shakespeare’s Macbeth- “Life’s but a walking shadow, a poor actor that struts and frets his hour upon the stage and then is heard no more.” But just like Elizabethan theatre could combine irreverence, bawdiness and religiosity at the same time so too could theatre in Islamic world. The plays of Ibn Danyaal (d.1310) for example, were vulgar and biting in their invective against the ruling elite, yet was accomplished in their literary style as well as ending on a moral didactic tone. Thus Ibn Danyal received the patronage of the Mamaluk sultan al-Ashraf al-Khalil but also the friendship of scholars like Ibn al-Dawdari.

But perhaps it is in the Ta’ziyeh theatre of Shi’a Muslims, where the tensions between the profane and the sacred have the most dramatic consequences. In Ta’ziyeh theatre remembers the martyrdom of Hussein, the grandson of the prophet, in accordance to the legal precepts laid out by Shi’a scholars. Verse, music and acting are carefully orchestrated in order not to contravene their legal injunctions. The power of these passion plays became hugely popular after the Safavid takeover of Iran in 16th century. Their subsequent conversion to Shi’a doctrines resulted in later Shi’a rulers encouraging the plays as communal expressions of grief and catharsis and communal unity. Thus the emotive force of these plays spread to all parts of the central Asian plateau.

Arguably the most controversial clash between the heavenly and earthly sentiments is found in the Musical tradition of Islamic culture. It has a far more ambiguous relationship than others. On one hand you have a corpus of thought that disapproves of the art, on the other you have a body of thought that focuses on the content of the Music. What is clear is that enough difference of opinion exists in order to allow it to flourish. The earliest records we have suggest that at least in the Abbasid period songs and music was embraced whole heartedly by the elite. The famous twenty volume Book of Songs by Abu’l Faraj Isfahani records a cornucopia of singers and musicians giving ample evidence of the richness of this tradition. The likes of Ibrahim al-Mosuli (743-804) were extremely successful in setting poetry to musical compositions. Even more successful was Ziryab who, after having fled the Abbasid court to the Spanish Ummayyads, practically revolutionized music both in North Africa and Europe. Ziryab’s efforts resulted in the growth of Ma’louf tradition of North Africa, and developed musical instruments that became an intrinsic part of European orchestra music. Trumpets, violins, and guitars all hark back to the contribution that Ziryab made in Andalusia. But the prominence of musical schools did not automatically mean that Music was wholly accepted during the medieval period by Muslims. Whenever a ruler wished to show the impiety of his rival he would parade the broken string instruments found in military camp of his opponent. Ironically, after the expulsion of the Muslims from Andalusia, the responsibility for the survival of Andalusian music fell on the shoulders of the Jews of North Africa and the Sufi lodges or Zawiyas who sought to combine the soul stirring aspect of Music and poetry to the divine presence.

The history of performance art then, has always sought to come to an accord with the ephemeral and eternal sentiments of man. This attempt whether successful or not, resulted in a rich tradition in Performance art which when, perfected still pointed to the Divine presence. As for Islamic tradition; it was not an opponent of Performance art but seems to act as its conscience.